Silver coins originated in the 15th century and were first minted in Europe. They are commonly known as "foreign money", "lace money" or "ocean". They are the general name of silver coins. Silver yuan is an imported product. It first entered China in the Ming Dynasty, but a large inflow occurred after the reign of Qianlong in the Qing Dynasty. There are some silver coins on the market, such as Sanfan Silver Coin, Bamboo Silver Coin and Gansu Maoyuan Datou, which issue fewer silver dollars. Among them, Yuan Shikai's head silver coin, commonly known as "Yuan Datou Yinyuan", is the most widely spread, influential and surviving silver coin. 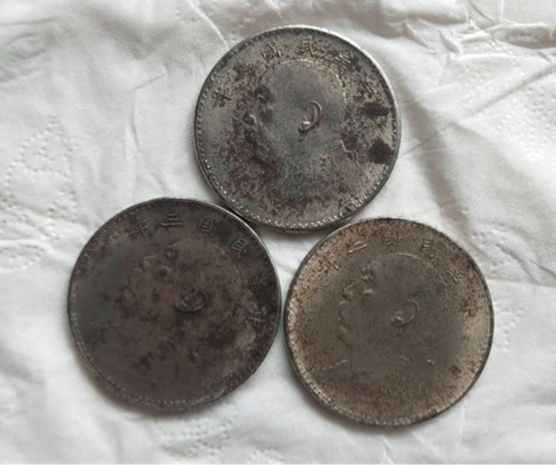 "Yuan Datou" is a common name for a silver coin with Yuan Shikai's profile in the early years of the Republic of China. Because it was first cast in the three years of the Republic of China, and also known as the "Three People", this kind of nickname has a long history. As the leader of warlords'silver coins in the Republic of China, the Big Head series is not unfamiliar to coin collectors. The birth of "Yuan Datou" silver dollar is also the inevitable result of the development of silver dollar. After the Revolution of 1911, Yuan Shikai issued silver currency in order to solve military expenditure and improve his personal political status, which was named for its side image.

This "three-year Yuan Datou" silver coin of the Republic of China. On the front of the coin was a side image of Yuan Shikai, inscribed with the words "three years of the Republic of China" and on the back were two crossed ears of rice, with the words "one circle" in the center. Because it is a real currency, between people's recognition of precious metals, and a strong sense of historical and cultural identity, so the collection is not in the minority. "Yuan Datou" has a strong cash flow ability, which is also one of the factors favored by Tibetans.

The book "The Order of Books and Micronuts" reads: "Tang Shu Dehe, different mu with the same genius, dedicated to the Son of Heaven. It implies that the state attaches great importance to agriculture and mulberry, and takes people's livelihood as its foundation; another idea takes the homonym of family harmony, implies the meaning of "home and everything is prosperous"; the politicians above coinage have the vision of national peace, good luck and good luck, and the collection of antiques implies the auspicious treasure of "home and everything is prosperous", so it has high collection and research value. The Yuan Datou five-yuan coin collected in Mr. Kang's family biography has complete appearance, exquisite casting, zikou, deep lines and sharp edges. Its secret memory is unprecedented and the forgery is unprecedented. The surface of the coin is thick and natural, the handwriting is clear, and the characters are vivid. It is a fine product in the coin and has great collection value.

"Yuan Datou" Yinyuan has a certain function of preservation and appreciation because of its high artistic and cultural value. Especially in recent years, with the increasing investment in collections, the "Yuan Datou" is becoming more and more popular, and the price has been rising all the way. Therefore, the vast majority of people in the industry believe that "Yuan Datou" is a "black horse" in the silver dollar collection and has a high appreciation potential.

The collection is now on display on the platform of the antique shop. According to the treasure holder, the ancient coin was handed down from the ancestors. It has been appraised by experts and teachers and is a peerless masterpiece. After learning that it has this rare treasure, our company specially invited it to take part in this ancient coin. Now the holder of the treasure has difficulty in cash flow. I am willing to entrust this ancient coin to our company to search for a buyer through internet media. If you are interested in this collection, you can call the business contact number: 400 686 3616 for negotiation.